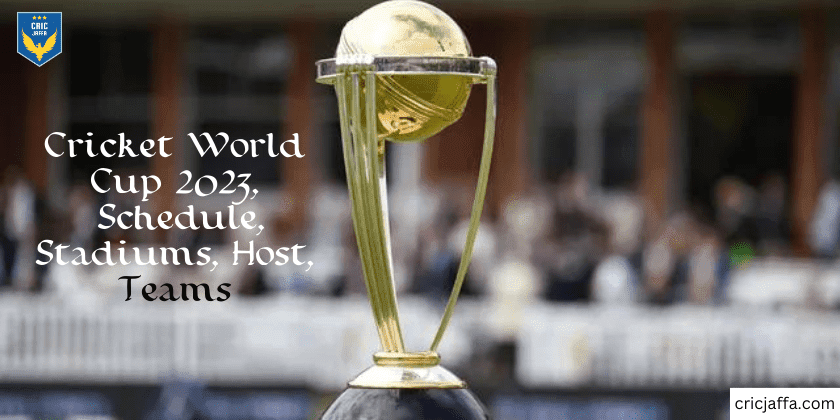 because where the tournament is played after 4 years and in this tournament the teams of the world Due to which the desire to see the winner of this tournament remains in the heart of cricket fans, everyone wants their country’s team to win this title.

Those fans who are not able to qualify start supporting the team of some other country because this tournament happens after 4 years, so the excitement among the people is also high.

This will be the first time that India will host the World Cup completely, because when India hosted the World Cup last time, other Asian countries were also associated with them, if the teams participating in the World Cup Talking about it, the strongest eight teams are already qualified for the World Cup, but apart from these there are two teams that will have to qualify for the World Cup.

The last time India hosted the World Cup was in 2011 and they had the benefit of hosting, due to which the Indian team was able to become the world champion in 2011.

England is the current world champion team which won the 2019 world cup. The first World Cup of the cricket world took place in 1975. It was played in Australia in 1975. This World Cup was won by the West Indies team.