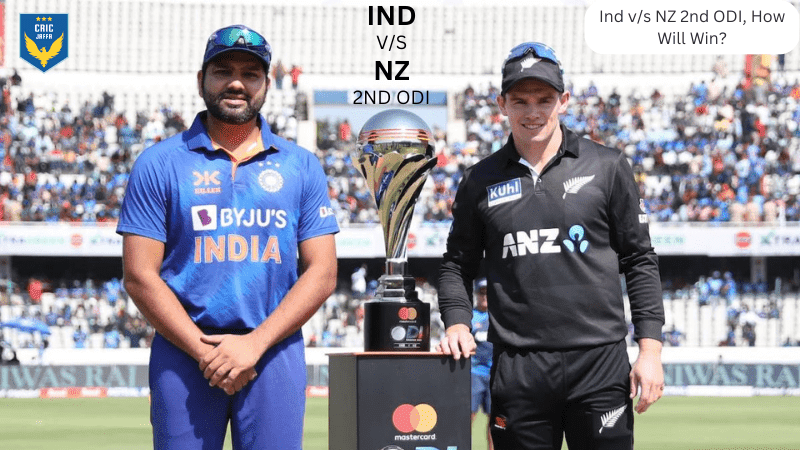 People are eagerly waiting for the second ODI between India and New Zealand. In the first ODI, India defeated New Zealand to take a 1-0 lead in the three-match series. Gill scored the first double century of his life, due to which the Indian team was able to reach a good target,

New Zealand chased India’s three to four runs and performed a good game and brought the match to an exciting situation. For New Zealand, New Zealand player Bracewell chased the runs of the Indian team and took the New Zealand team closer to the target.

Thanks to Bracewell’s batting, the match remained thrilling till the last over. Bracewell was dismissed on the second ball of the last over and New Zealand After the dismissal of Bracewell, India won the first ODI and took the lead in the series.

Shubman Gill became the reason for India’s victory in the first ODI, so everyone’s eyes will be on Shubman Gill in the second ODI. Due to his brilliant double century, India put a respectable target in front of New Zealand and won. Apart from Shubman Gill From India,

Virat Kohli is also considered a player who has played a good innings in his last few matches and he is running in his best form, through this match in front of Virat Kohli, equal to Sachin Tendulkar’s centuries in ODIs. will have a chance to

You can 1st one day match report here

The live streaming of the second ODI match played between India and New Zealand can be seen on Star Sports network, apart from this you can also watch it on Disney Hotstar.

Who will won 2nd odi match ?

Seeing the thrill of the first ODI match, the fans are thinking that which team will win the second ODI match, if the Indian players talk, then the traveling players are running in form, due to which they have more than one option available.

Looking at the form, it can be said that the Indian team presents more claims to win the match, and if we talk about New Zealand, then the New Zealand team has only one or two such players who are running in the form,

Thanks for visit here hope you will visit again