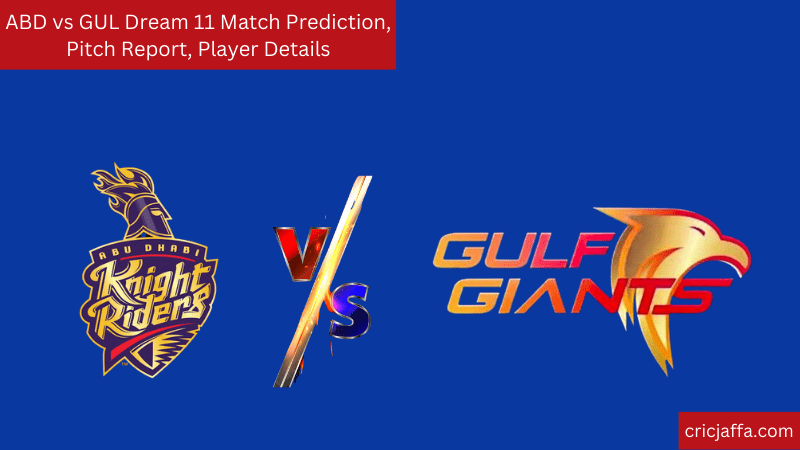 If we talk about watching this match, then fans can watch this match on many channels of Zee network such as Zee Cinema, Zee zest, Zee Bangla, apart from these, if a fan wants to watch the match on mobile, then he can use Zee Five Apps. so that he can watch the live stream of the match on his mobile

If we talk about AB D’s players then Charith asalanka, Dhananjaya de silva and other sri lankan players will not be available due to these Paul striling can start the innings with him sunil narayan can be tried while fast bowler Ravi rampal and Akil Hossain strengthens the team in bowling

Bad news for GUL fans Chris lane may miss this match Tom banton can be a good option in his place along with James vince, david wiese can play a key role in middle order chris jordan in GUL fast bowling have a better option