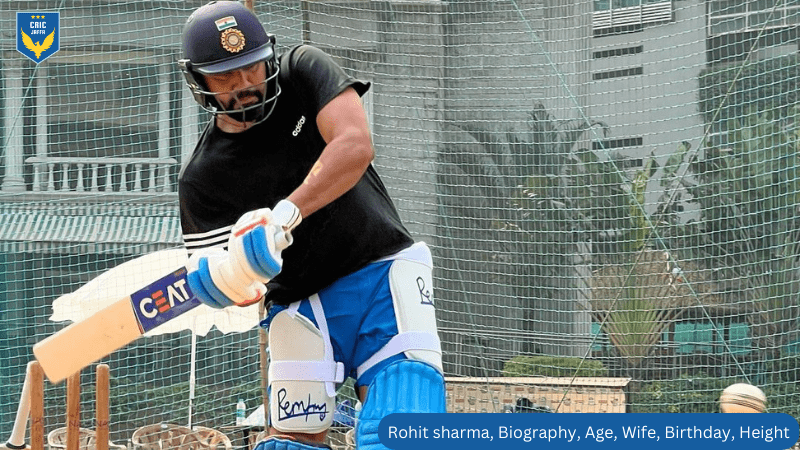 Year 2010 India beat South Africa in India and at the end of the year South Africa beat India in South Africa Rohit’s score in this five match Odia series was 11,9,22,1 5 Team selected for World Cup 2011 Rohit did not get a place in the team, success is visible to everyone but very few people know his hard work and struggle, but who knew that this player would become the player who scored the most centuries in the World Cup tournament.

Due to the low income of his father, Rohit had to live with his grandparents in Borivali. Rohit used to play cricket in the field after school. People used to praise his batting and bowling.

Enroll in the academy

Rohit was asked to change the school to play competitive cricket, said you take admission in Swami Vivekananda International School, there are good training facilities and you will get many opportunities, but Rohit said that this is a very expensive school, we will not be able to afford it.

Dinesh Lad, using his intelligence, got Rohit a scholarship, from which he started playing cricket in school without any fees for the next 4 years and he was also performing well. By analyzing his strong points, coach Dinesh gave him more focus on batting. Promoted him from number eight and asked Rohit to open the innings

In the Harrison Gill Shield school cricket tournament, he scored a century while opening for the first time.

He made his List A debut for West Zone in the 2005 Deodhar Trophy against Central Zone in Gwalior. Batting at number 8, Rohit scored 31 not out and the team won by three wickets. Cheteshwar Pujara and Ravindra Jadeja also made his debut in the same match. Rohit Sharma became the talk of the town when he scored 142 not out against North Zone in Udaipur.

Due to his good performance, Rohit Sharma was selected in the 2006 Under-19 World Cup, in which players like Ravindra Jadeja, Pujara, Ishant Sharma, Piyush Chawla were also present, Rohit scored a lot of runs in this entire tournament, hit many fifties

In July 2006, Rohit made his first-class debut for India A in the match against New Zealand in Durban, Rohit scored 57,22 in the match and India won that match by three wickets.

Rohit Sharma’s name was in the Probable 30 Marks Score of the ICC Champions Trophy to be held in October November 2006, well he could not make it to the final 15

Rohit made his Ranji Trophy debut in his debut match against Gujarat, scoring 205 off 267 balls. His half-century in the final helped Mumbai win the Ranji Trophy title by defeating Bengal.

On 23 June 2007, Rohit made his ODI debut against Island, India won the match by nine wickets, in that match, Rohit did not bat because Virat Kohli and Suresh Rana were also competing for the same place, after that Rohit was not included in the ODI team. Struggled a lot to make it to

But it is said that the one who deserves it, makes his own place. On 18 November 2007, he scored his first ODI half-century against Pakistan in Jaipur and made his comeback in the national ODI team with the help of a triple century in a Ranji match.

On 28 May 2010, he scored his first 100 against Zimbabwe and another century against Sri Lanka in the very next match. World Cup 2011 was round the corner. India toured South Africa in December 2010, but in that tournament, Rohit’s bat did not yield runs, due to which the World Cup Rohit Sharma’s name was not included in the squad of the Indian team for the Cup 2011.

Rohit was very disappointed. Soon after the World Cup, Rohit got a call for the West Indies in June 2011. Rohit had a good performance in the tournament, when India were reduced to just 92 for six in the third ODI, when Rohit scored a match-winning 86. played

Rohit had a very bad form in 2012, but captain Mahendra Singh Dhoni showed confidence in Rohit and retained him. After Virender Sehwag and Gambhir, now the team needed a solid opener, as Rohit’s childhood coach Dinesh Lad gave him the number Got the opening done from eight, similarly in 2013, Dhoni asked Rohit to open, then from there Rohit did not look back

Dhawan and Rohit’s opening partnership was the best in the entire tournament, due to which India defeated the host England in England and became the winner of that year.

Rohit Sharma has the most number of double centuries in ODIs.

Rohit’s debut in the Indian Test team came true after 7 years of his debut in international cricket.Rohit Sharma made his Test debut against the West Indies in Tendulkar’s farewell series and scored 177 runs on his debut.

In the first edition of IPL in 2008, Rohit was bought by Deccan Chargers for 4,80,00,000 Six in 2009 are being played in South Africa bought Rohit for 13,00,00,000 In 2012, Rohit Sharma hit his first IPL 100 against Knight Riders and in 2013 IPL, Mumbai Indians won their first IPL title under his captaincy and after that four more times, with which he became the most successful player of IPL. have become captains

There was no place for Rohit in the 2011 World Cup team, while Rohit scored 330 runs in eight matches in the 2015 World Cup, including a match-winning inning of 137 runs in the quarter-finals against Bangladesh. Name was but 680 runs in nine matches of 2019 World Cup which included five centuries

Most 100 in single edition of world cup tells how much talent this player has, he was also ICC odi player of the year in 2019, if we talk about details of Rohit, then a book will have to be written, that’s why Rohit released in November 2020 A book based on the story of Hitman would require adding one page every month.

Bowling batting captaincy and fielding, Rohit is the top in all departments, that’s why Rohit Sharma has been made the captain of the T20 team after being ruled out of the 2021 T20 World Cup.

So this was the story of a player from whom his uncle had to borrow money from his friends to get admission in the cricket academy. Today the same boy made his place in the hearts of entire India and his address in the heart is jersey number 45 so we break Let’s hope Rohit keeps hitting the boss like this and helps India win ICC trophies in years to come.