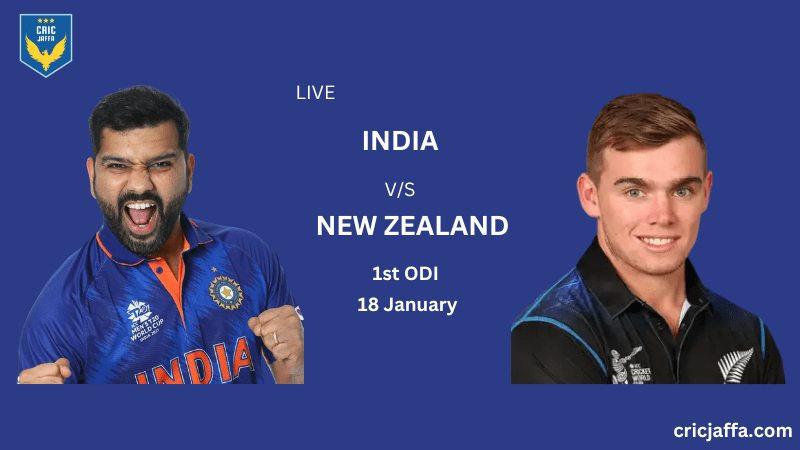 As the World Cup is getting closer, the number of T-matches played by the Indian team is increasing. Now the Indian team has won the ODI series against Sri Lanka by three zeros and only after that India’s next match is with New Zealand. Coming on tour,

India will play three ODI series against New Zealand, after that they will also play T20 match with New Zealand. Players of Indian team are looking in good form, here Virat Kohli has scored two back to back hundreds, which J It proves that he is back in his tremendous form, while youngster Shubham Gill has proved his talent by scoring hundreds in ODIs. Shubham Gill is also running in his good form. all players are in good form

There will be a battle to stay at the number one position in this series. The first match of the series will be played on Wednesday, January 18 at the Rajiv Gandhi International Stadium in Hyderabad.

Considered to be much stronger than the team, if seen from the point of view of statistics, then New Zealand and India have played against each other 113 times, in which India has so far won 55 and New Zealand has defeated India in 50 ODIs. In which seven matches were played without result and there was one match on par.

The outside is still looking strong against New Zealand because where the wick team will get the support of the home ground, most of the players of the Indian team are running in good form, due to which the Indian team is being considered as a strong contender.

Rohit Sharma will lead the team from the Indian team, both India and New Zealand will try to win the first match to keep the lead in the series, where the Indian team will want to win the three-match series by three zero,